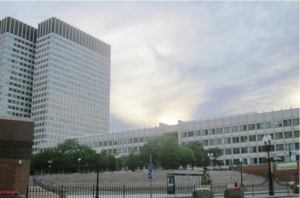 IMAGINE STICKING YOUR finger into a fingerprint scanner that hasn’t been and won’t be cleaned after dozens, if not hundreds, of other people have touched it. That’s what local US Citizenship and Immigration Services employees describe taking place at their offices as they worry about what that could mean for immigrants submitting to the scans and fret about catching coronavirus themselves.

As schools, government offices, courts, and almost every facet of Massachusetts life grinds to a halt, the local office of the citizenship and immigration services is continuing to process large numbers of immigrants who seek citizenship and continued legal status, with little heed being paid to the unfolding pandemic.

The agency has not put out a statement on whether it will shut down its office in the John F. Kennedy Federal Building in Boston and put in place protocols to postpone appointments.

On any given day, it’s not unusual for at least 50 people to be sitting in the waiting room, crammed together. The Centers for Disease Control and Prevention issued guidance this week urging that no more than 10 people gather in one place in an effort to stem the spread of coronavirus.

“It’s a very bad situation at work and USCIS is going to end up killing someone,” said an employee at the local US Citizenship and Immigration Services office. The person, who spoke on condition of anonymity, described dozens of officers sharing one container of Lysol wipes in an effort to avoid contracting the new coronavirus. The staffer, along with two others, said that hundreds of people go through the waiting room every day.
The USCIS agent described not being given gloves, poor quality soap in bathrooms that won’t lather, and a total lack of guidance in the wake of the virus outbreak. Receptionists are wearing gloves, and interviewing officers are politely noting that hands should not be shaken, but there has been little other direction, say workers.