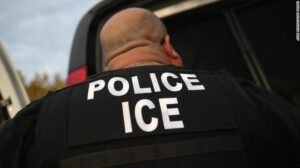 The number of people arrested and deported for being in the US illegally has dropped under President Joe Biden after his administration narrowed its enforcement focus to those who may pose a threat or have criminal backgrounds, marking a shift from the policies under the Trump administration.

Immigration and Customs Enforcement under the Biden administration has sought to prioritize its focus on immigrants who pose a threat to national security, border security and public safety. The change was prompted by an executive order signed by Biden shortly after he took office.

The Wall Street Journal first reported on the dip in arrests and deportations.

In March, ICE arrested 2,214 undocumented immigrants, down from 6,679 in December, Trump’s last full month in office.

Earlier this year, the agency rolled out tailored enforcement guidelines in a return to Obama-era measures based on a priority system instead of the more aggressive approach taken under the Trump administration. The guidance tries to “focus resources on the most pressing national security and public safety and border security challenges that we are facing,” a senior ICE official told CNN on Tuesday.

The guidelines appeared intended to restrain an agency emboldened under the last administration, establishing strict parameters for ICE officers, particularly in the event that an undocumented immigrant is encountered who’s not being targeted.

“If everyone’s priority, then no one’s a priority, so we do need to make some choices about where to focus our resources,” the ICE official said, pointing to the limits on those resources.

The ICE official said the changes have boiled down to “a lot more arrests of serious criminals than grandmas” and other so-called collateral arrests — immigrants encountered by authorities who aren’t the target of the arrest.