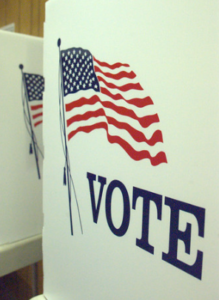 Center for the Future of Arizona (CFA) today released its immigration findings as the final topic unveiled on the Arizona Voters’ Agenda, which identifies what likely voters in the General Election want to hear about from candidates as they campaign for their votes.

Immigration has been one of the most talked-about issues so far in Arizona’s Primary Election. The Arizona Voters’ Agenda survey findings demonstrate that voters care the most about supporting Arizona’s long-term well-being and success, with priorities that include creating a functioning border for commerce and immigration, enacting comprehensive immigration reform, and creating a pathway to citizenship for DACA recipients and Dreamers who were brought to Arizona as children. They also believe that immigration will ultimately strengthen our economy and promote border security and did not prioritize building a wall on the border of Mexico.

“There’s a dominant yet misleading narrative around political division and partisanship regarding immigration. But the fact is that most Arizonans agree on many key priorities on this topic, even though some would have us believe otherwise,” explained Dr. Sybil Francis, President & CEO of CFA. “Our research shows that voters hold a highly nuanced understanding of the relationship between immigration, a healthy trade ecosystem, and the future prosperity of our state.”

In all, 87% of likely voters support a policy priority of “Creating a functioning border for commerce and immigration.” Support included 84% of Republicans, 90% of independent/unaffiliated voters, and 89% of Democrats.

Voters also expressed high levels of support for immigration reform efforts that provide pathways to citizenship. In fact, 81% of likely voters support a policy priority of “Enacting comprehensive immigration reform that includes a pathway to citizenship,” as well as a sizable 83% who support “Creating a pathway to citizenship for DACA recipients and dreamers who were brought to Arizona as children.” Both policy positions carry super-majority support across all political affiliations.