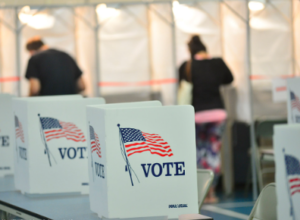 Most of those who voted in Arizona’s 2022 midterm elections support policies to strengthen border protection and limit legal immigration.

A new telephone and online survey by Rasmussen Reports and NumbersUSA finds that 58% of Arizona midterm voters believe the government is doing too little to reduce illegal border crossings and visitor overstays. Only nine percent (9%) say the government is doing too much immigration enforcement, while 21% rate the current level of action as about right. Another 11% are not sure. (To see survey question wording, click here.)

Significantly, a majority of Arizona’s independent voters support stronger action to reduce illegal immigration. Fifty-eight percent (58%) of Arizona midterm voters not affiliated with either major party think the government is doing too little border enforcement, an opinion shared b

Sixty-five percent (65%) of 2022 Arizona midterm voters believe that, in trying to control illegal immigration, it is important to greatly increase the physical barriers such as walls and fencing on the U.S. border with Mexico, including 47% who say strengthening border barriers is Very Important. Eighty-nine percent (89%) of Republicans, 41% of Democrats and 59% of unaffiliated voters in Arizona say increasing physical barriers on the border is at least somewhat important to controlling illegal immigration.

“When voters of all political persuasions are given concrete solutions to immigration challenges, they enthusiastically back those solutions,” said NumbersUSA CEO James Massa, offering one example from the survey data. “When Arizona Democrats were asked the abstract question of whether they favored policies that would prevent illegal immigration, they split evenly. When asked about a proven solution of whether they favored requiring every employer to use E-Verify to prevent the hiring of illegal workers, Arizona Democrats favored that policy by a 3-1 margin.”

While Arizona voters are divided on the general question whether they favor policies that increase legal immigration into the U.S. (41%) or reduce levels of legal immigration (45%), when asked specifically about numbers, most support reducing the current level.