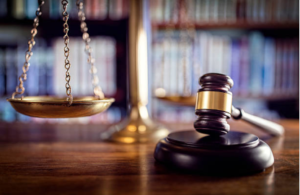 A class-action lawsuit filed last year by the American Civil Liberties Union of Minnesota argues that the county and Sheriff Kent Wilkening routinely cooperate with U.S. Immigration and Customs Enforcement by transferring jail inmates from local custody to federal custody.

The Court of Appeals’ unpublished opinion says there is no state law that explicitly authorizes state and local officers to arrest individuals suspected of immigration violations with or without a federal warrant. In its decision Monday, it upheld a temporary restraining order imposed by the Blue Earth County District Court.

ICE issues so-called “detainer” requests that allow some counties to hold individuals in jail until federal officers pick them up. Some counties have stopped honoring such requests, including Hennepin County.

Nobles County already contracts with ICE and pays about $90 a day for each detainee held in their custody, according to court documents. However, the plaintiffs had been held for state violations that were either dismissed, or they were eligible for bail.

“It’s our hope that through our lawsuit we can ensure that the immigrants in Nobles County are protected from these kinds of practices and that there is some clear understanding in Minnesota of what sheriffs can and can’t do,” said Norm Pentelovitch, an attorney who’s working with the ACLU on the case.

At least a dozen people were detained by the county under these circumstances in 2018, according to the ACLU. They include a woman who was held for 26 days despite paying two different bonds.

Stephanie Angolkar, an attorney representing Nobles County, said that prior to this decision, no court had addressed whether state law allowed a county to honor an ICE arrest warrant similar to how it handles other warrants.

“While this decision is not the result the county sought, it provides guidance on dealing with similar warrants going forward,” she said in an email to MPR News.