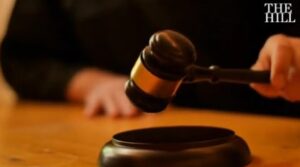 A federal appeals court on Wednesday overturned a judge’s order blocking the Department of Homeland Security (DHS) from shifting its immigration enforcement priorities, delivering a significant victory for the Biden administration.

A three-judge panel for the 5th Circuit Court of Appeals unanimously ruled to stay a district court judge’s injunction against DHS from enforcing a January policy memo that directed authorities to scale back the Trump-era crackdown on undocumented immigrants. The policy included an initial effort to enact a 100-day moratorium on deportations.

The appeals court also refused to allow an injunction against a February memo from Immigration and Customs Enforcement establishing similar enforcement measures that encouraged officers to prioritize those with serious criminal records.

“Allowing the injunction to take effect could subject immigration agents to three separate directives in the span of a few weeks,” Judge Gregg Costa wrote in the panel opinion.

The enforcement priorities at the center of the case seek to narrow the types of convictions that allow for someone to be deported, focusing on those convicted of an aggravated felony as well as those deemed a national security threat due to terrorism or espionage concerns.

The challenge was brought by both Texas and Louisiana; courts have rejected similar suits brought by Florida and Arizona.

The appeals court said Wednesday that the Biden administration has “‘broad discretion’ to decide who should face enforcement action in the first place.”

Costa argued that the administration had shown a likelihood of success in fighting the lawsuit filed by Texas and Louisiana and that constitutional considerations also weighed in favor of allowing DHS to set its own priorities while the case played out.