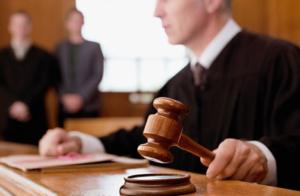 (CNN) – A three-judge appeals panel grappled with the Trump administration’s decision to terminate temporary protections for hundreds of thousands of immigrants during a nearly two-hour hearing Wednesday.

The 9th US Circuit Court of Appeals heard arguments in a case challenging the administration’s decision to terminate temporary protected status, or TPS, for Sudan, El Salvador, Haiti and Nicaragua.

The judges appeared hesitant about the argument that the administration’s decision was motivated by racial animus, as critics have argued, while also questioning what would happen to the participants in the program if the preliminary injunction were lifted.

In their complaint, filed last year in the US District Court for the Northern District of California, plaintiffs cited President Donald Trump’s “shithole countries” remark in discussions about protections for immigrants from Haiti and El Salvador, among others. Ahilan Arulanantham, representing the plaintiffs, indicated in arguments Wednesday that the President’s position influenced his Cabinet — a point that Judge Ryan Nelson took issue with.

“One of the problems I had with (the brief) is it reads as if there’s, in a vacuum, where we’re not looking at how government actually operates,” said Nelson, a Trump appointee. “We always have the President or the administration influencing these decisions.”

TPS protects migrants in the United States from countries that have been hit by dire conditions, such as epidemics, war or natural disaster. Previous administrations had opted to extend the protections for most of the countries involved every few years when they came up for review — a common complaint among immigration restrictionists. For example, Haiti, one of the countries included in the lawsuit, still has TPS after an earthquake struck the country in 2010.

The Trump administration has moved toward ending protections for the majority of immigrants under the program, arguing that the initial conditions that necessitated them are no longer present.