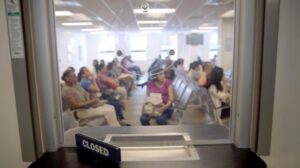 A federal appeals court Tuesday blocked in three states the Trump administration’s controversial “public charge” rule that critics say has a chilling effect on immigrants who may need to seek medical assistance,

The court blocked the rule from being enforced in Connecticut, New York and Vermont.

The rule makes it more difficult for immigrants to obtain legal status if they use public benefits such as Medicaid, food stamps and housing vouchers. It immediately met pushback, and was subsequently blocked by courts, following its release.

The decision by the 2nd US Circuit Court of Appeals comes nearly a week after Judge George Daniels barred the administration from implementing the rule during the coronavirus pandemic. Daniels underscored the dangers the rule might pose in the midst of a pandemic, despite an alert pushed out by US Citizenship and Immigration Services saying Covid-19 medical treatment and services would not count against immigrants.

“The current state of affairs is that pursuant to the district court’s order from last week, the Department of Homeland Security’s public charge rule is blocked until the public health emergency caused by the Covid 19 pandemic ends,” said Susan Welber of The Legal Aid Society who serves as counsel for the plaintiffs in Tuesday’s case.

The Supreme Court previously twice denied a request from New York and other states to block the rule, saying it could go into effect nationwide while legal challenges played out. The second time the court indicated the states could go back to the lower courts, which they did.

In a statement to CNN, USCIS said it’s “currently reviewing the court’s decision, and we have no additional comment to provide at this time.”