Home Resources ‘Anxiety’ and ‘Hate’: Life as an Immigrant in Trump’s Kentucky 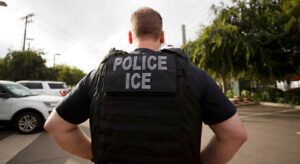 In the early afternoon of Nov. 9, 2016, the day after Donald Trump won the presidency, students arrived in tears for after-school programming at South Louisville’s Americana Community Center. Edgardo Mansilla, the executive director of the nonprofit that serves hundreds of immigrants and refugees from more than 100 countries, remembers their faces four years later.

“They were told by their classmates, ‘Hey monkeys. Get out of here. Go back to your countries,’” he recently recalled. Now, Mansilla says, that level of animosity defines Trump’s presidency for much of Louisville’s foreign-born population.

“The feeling after Trump became president is hate,” he said. “That is the big difference.”

When Trump launched his presidential campaign in 2015, after a long ride down an escalator in a skyscraper that bears his name, the most attention-grabbing line he delivered was about Mexico sending criminals and rapists to the U.S. He built his campaign around the promise of erecting a wall between the U.S. and Mexico. In one of his first acts in office, he banned refugees and immigrants from seven majority-Muslim nations. Then, he spent years attempting to roll back the Deferred Action for Childhood Arrivals program (DACA), railing against migrant “invasions,” and enforcing a policy of family separation at the border.

And yet, immigration has not been at the forefront of President Trump’s reelection pitch, which has him warning of antifa, rather than MS-13, invading the suburbs. But those on the frontlines of the battle for immigrant rights are wary of what a second Trump term could bring and even of what the administration may do in the weeks before the election. They’re also hopeful about the promise of a new president they expect to treat foreign-born populations with compassion.

As Mansilla put it, a Biden presidency would be “a little more humanitarian, because the whole Trump approach to life is hate.”