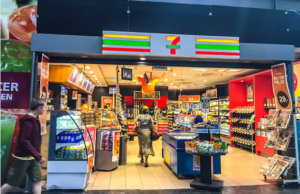 President Donald Trump has made it clear, once again, that he is dissatisfied with his handpicked attorney general, Jeff Sessions. “I don’t have an attorney general. It’s very sad,” Trump told Hill.TV in an Oval Office interview Tuesday.

Unlike previous criticisms, which mostly stemmed from Sessions’ decision to recuse himself from the Justice Department’s investigation into Russian interference in the 2016 election, Trump said: “I’m not happy at the border. I’m not happy with numerous things. …”

We have no way of knowing how long Sessions will remain attorney general. But we do know he has been active “at the border,” trying to streamline the adjudication of removal procedures and asylum requests in our immigration courts and expedite the backlog of nearly 700,000 cases — often at the expense of the independence of immigration judges and the due process of those seeking asylum.

… Sessions has used his authority as head of the Justice Department to further erode the powers and independence of our nation’s roughly 350 immigration judges, who, unlike state and federal criminal courts, are technically Justice employees and part of the executive branch, not the judicial branch.

… Stripping them of independence they need to properly adjudicate cases that are for many asylum-seekers a matter of life and death transforms them from arbiters of immigrants’ rights under U.S. law to merely another branch of law enforcement.

Last year, Baltimore-area food bank operators noticed a significant downturn in Latino clients. They worried that local immigrants — with legal status and green cards — were deliberately avoiding applying for the SNAP program out of fear they’d be targeted for deportation by Immigration and Customs Enforcement. …

Now, those fears appear to have been justified with the announcement over the weekend of new rules from the Department of Homeland Security that could deny visas or work permits to any immigrant who was found to have ever used public benefits. In addition to food stamps, that includes Medicaid, Medicare Part D prescription drug benefits and Section 8 housing vouchers. …