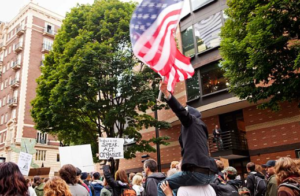 As President Donald Trump and his team have worked to systematically dismantle many Obama-era policies—especially those regarding immigration and border control—stories of government officials abusing migrant children, tearing families apart, and denying asylum for domestic abuse victims have come to dominate the immigration narrative. But how did the immigration process get to its current state?

Peter Boogaard, who worked on immigration policy under the Obama administration and now works for FWD.us, a bipartisan political advocacy organization focused on immigration reform, has some ideas. Boogaard was formerly the White House and National Security Council spokesman and Department of Homeland Security deputy assistant secretary of public affairs.

Boogaard spoke with Pacific Standard about the legality of some of the Trump administration’s new policies and the state of United States immigration today.

Compared to your time as an employee of the DHS and in Obama’s White House, what are some of the most poignant changes you’ve seen in immigration policy under the Trump administration?

There have been enormous changes. Broadly, there’s an inherent shift from President [Barack] Obama, who believed that immigrants and immigration were good for our country, to a president—and, notably, the officials that he has nominated and placed in positions across the government—who disagree with that perspective.

The two [changes] that have received the most attention are rescinding DACA [Deferred Action for Childhood Arrivals], prohibiting dreamers from living and working in the U.S., as well as rescinding and ending the temporary protective status programs. Collectively, those two programs accounted for more than a million individuals in the U.S. who were living here legally.

On the illegal immigration side, they shifted dramatically from a policy of focusing on arrest and removal of serious violent criminals to a policy of targeting any individual who is here without legal documentation.