Home Federal Enforcement An immigration officer processed deportations for 20 years. Now he fears his own, after his Mexican birth certificate was unearthed. 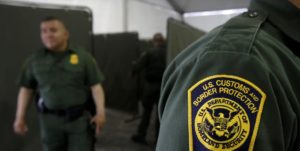 After nearly 20 years of working as an immigration officer for the US Customs and Border Protection agency, Raul Rodriguez knew a lot about deportation – he processed them. What he didn’t know was that he would soon fear deportation himself.

When Rodriguez – who has lived in the US for almost 50 years and served with the US Navy for five separate deployments – started the process of helping his brother emigrate from Mexico to the US, he began submitting his own citizenship paperwork along with his brother’s to US Citizenship and Immigration Services (USCIS).

Then, he got a call from the Office of the Inspector General (OIG): they had found a birth certificate for Rodriguez that showed he was born in Mexico, KRGV News reports.

Rodriguez said had never seen the birth certificate before, but once the OIG began a criminal investigation into whether his brother’s immigration application had been falsified on Rodriguez’s part, his father admitted that he actually had been born in Mexico.

The OIG cleared Rodriguez at the end of the investigation, since he had no idea he wasn’t actually a US citizen. But he was fired from his job, and says he and his family have struggled financially since. His wife also works processing immigration applications, and Rodriguez said he has had to refinance his home.

In addition, he said he looks over his shoulder during his day-to-day life, because his residency application was stalled. Rodriguez’s lawyer says USCIS is holding him to an outdated standard concerning the falsification of information (what Rodriguez believed to be his real US birth certificate) on his brother’s immigration application.

His lawyer believes that his application should not be held back because the USCIS policy states that the application must have been knowingly falsified, but it has been more than a year since Rodriguez filed for residency.