Home Federal Enforcement An Immigrant Poet And Activist Faced Deportation by ICE. Then Two NFL Players Bailed Him Out 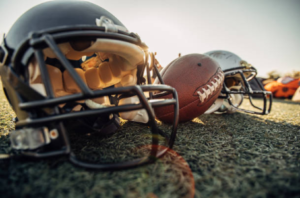 A few months ago, Jose Bello’s future looked grim: detention, imprisonment, deportation and a long-term separation from his infant son.

His only offense, he claimed, was reading a poem.

At a meeting in May of the Kern County board of supervisors in Bakersfield, the 22-year-old Mexico native, farmworker and outspoken college activist had pushed up to the podium, leaned into the mic and recited the verses that would set off an uproar.

“Dear America,” Bello began, “our administration has failed/ took away our rights and our freedom/ and still expect to be hailed?”

In a steady tone at odds with his fiery message, he went on. “Dear America / You and your administration cause fear, / fear through Separation, / Instead of building trust with our people, do y’all prefer this racial tension?”

Thirty-six hours later, on the morning of May 15, officers of Immigration and Customs Enforcement arrested Bello outside his home in Bakersfield. Later that day, his mother, Araceli Reyes, was surprised to see her son’s car still parked outside the family home; normally he would be working in the nearby fields by 8 a.m.

Soon, family and friends would learn that Bello, who was born in Mexico and has lived in the United States without a legal status since he was 3 years old, had been placed in immigration detention and was facing deportation and a potentially long-term split from his 1-year-old U.S.-born son, Ethan.

His case quickly drew the support of immigrant-rights advocates, who assert that Bello is a victim of overreaching federal agents, emboldened by the Trump administration’s policies, who trampled on his 1st Amendment rights.

Bello had experienced a run-in with ICE a year earlier, in May 2018, that landed him in a detention center for several months until friends and family came up with his $10,000 bond. But this time his bail was set at $50,000.

His detractors, including groups that favor more restrictions on immigration, say that Bello is correctly paying the price for being in the country without legal status, after his previous arrest in 2018 and a DUI-related arrest earlier this year put him on ICE’s radar.