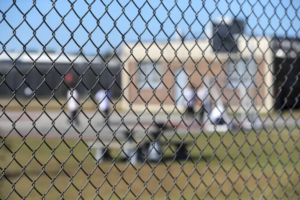 A 27-year-old Honduran man died Wednesday after being jailed at a detention center that holds families for Immigration and Customs Enforcement in Texas, according to a source with knowledge of the matter.

The death is the ninth in ICE custody in the 2020 fiscal year, which began Oct. 1, and surpasses the number of deaths for the entire 2019 fiscal year when eight people died. The preliminary cause of death appears to be suicide, according to the source, who could not speak publicly on the case.

The man had requested asylum as part of a “family unit” at a port of entry in Texas on Feb. 19 and was later transferred to ICE’s Karnes County Residential Center, the source said.

The detention center is one of three facilities that holds immigrant families for ICE.

The man failed an initial asylum screening by a US Citizenship and Immigration Services officer on Feb. 28, a decision that was later upheld by an immigration judge on March 11, according to the source.

Advocates confirmed the death on Wednesday to BuzzFeed News.

“Today we learned that an immigrant father detained at the Karnes Detention Center took his own life. We are in shock and deeply disturbed by this devastating news. He was our client and we were fighting for his and his family’s freedom,” said Lucia Allain, a spokesperson for RAICES, an immigrant advocacy organization. “We stand in solidarity with the family that has to bear this tragedy due to the injustice of Trump’s draconian anti-immigrant policies. … ICE is currently imprisoning roughly 700 people at Karnes, including pregnant women, children, and babies.”

In initial asylum screenings, immigrants must prove there is a significant possibility that they have a valid fear of persecution or torture in their home country. It’s the first step in a long process to gain protections in the US, one that has come under scrutiny from Trump administration officials.