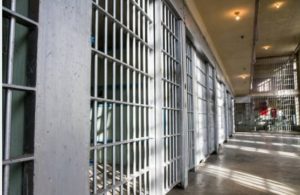 An immigrant being held at a facility in New Jersey has become the first Immigration and Customs Enforcement detainee to test positive for the coronavirus in the US, an agency official confirmed.

The 31-year-old Mexican detainee has been held at the Bergen County Jail, where last week local officials reported that a correctional officer at the facility had also tested positive. ICE officials told congressional staffers that the detainee had been quarantined and that intakes at the facility were suspended.

Immigrant advocates, medical experts, and former senior Department of Homeland Security officials have called for ICE to release detainees who are most at risk, like the elderly or those with compromised immune systems. ICE officials have said they are constantly monitoring detainees and staying in close touch with medical experts on the potential spread of the disease in detention facilities.

“The individual was sent out for medical evaluation at Hackensack-Meridian Health University Medical Center after displaying symptoms on Monday and declared presumptive positive by their rapid response test later that evening,” the Bergen County Sheriff’s Office said in a statement. “The test will be sent to the Center for Disease Control for confirmation.”

The jail has been placed under a “lockdown protocol,” which includes limitations on the movements of detainees at the facility, including county inmates.

ICE has come under fire in recent months for issues related to medical care provided within its detention centers. In December, the House Oversight and Reform Committee announced it had opened an investigation into the medical care of detainees in the wake of a BuzzFeed News story that revealed a series of allegations of substandard care from a whistleblower. BuzzFeed News first reported the memo and documented its reports of detainees being given incorrect medication and suffering from delays in treatment of withdrawal symptoms.

In March, BuzzFeed News reported on a 2019 DHS memo outlining issues with a detention center in New Mexico. The internal email detailed how immigrants were exposed to poor sanitation and quarantine practices during an outbreak of chicken pox and mumps. Investigators also said they saw immigrants housed in an area that was not “appropriately cleaned and sanitized,” potentially contributing to the spread of infectious diseases.