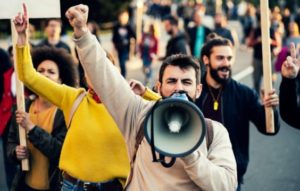 On June 22, President Donald Trump removed — for at least two weeks — his threat of mass deportation round-ups in 10 cities, including Chicago. The delay was to give Congress time to “work out a solution to the Asylum and Loophole problems at the Southern Border,” Trump tweeted at the time.

“The two-weeks clock is up, which is what the president had given. We’ve heard some notion that it may start again,” possibly on Sunday, Monday or Tuesday, Lightfoot said.

After meeting with business leaders and immigrants rights advocates at Lurie Children’s Hospital, Lightfoot acknowledged if Trump gives the go-ahead, ICE has the resources to “execute the order” in Chicago.

But they would do it without any cooperation whatsoever from the Chicago Police Department.

CPD “will not team up with ICE to detain any resident. … They’re not gonna be facilitating or otherwise providing any assistance in any raids — whether it’s traffic stops [or] additional support. … We have also cut off ICE from any access from any CPD databases and that will remain permanent,” the mayor said.

Lightfoot has “personally spoken with ICE leadership” to voice her “strong objection to any raids,” she said.

“Chicago is and will always be a welcoming city that will never tolerate ICE tearing our families apart,” she said.

“I don’t want our immigrant residents to be fearful of being in Chicago. I don’t want people not going to work, pursuing their daily activities or their children being fearful that their parents or guardians are gonna be taken from them.”

Currently, Chicago Police officers are permitted to cooperate with Immigration and Customs Enforcement if targeted individuals: are in the city’s gang database; have pending felony prosecutions or prior felony convictions; or are the subject of an outstanding criminal warrant.