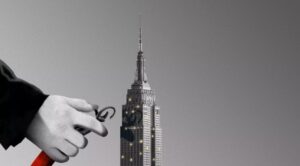 Why it matters: Cities drive American economic growth, and immigrants drive cities. The coronavirus pandemic has effectively stanched the main source of talent that municipal economies have long relied upon.

The big picture: As Axios’ Stef Kight reports, COVID-19 has slammed the door on highly skilled foreign workers — and the restrictions and bottlenecks may outlast the pandemic, especially if President Trump wins reelection. Economists warn that could slow the U.S. recovery and reduce competitiveness.

Context: As I wrote today for Axios Cities, New York’s recovery from the current crisis is going to be based on an influx of not-wealthy creatives and young professionals replacing the older, richer, more established people moving out.

New York’s boom years, at the beginning of two successive centuries, coincided with its peak levels of immigration. Today, about 60% of New Yorkers live in a household with at least one immigrant.