Home Politics Americans must set aside their obsessions to fix immigration 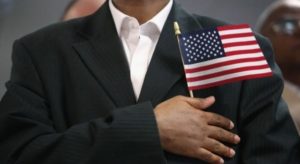 Mass migration poses an existential challenge to the West. Driven by climate change, corruption, conflict, and poverty, hundreds of millions of people would like to migrate, mostly from the developing world to America and Europe. The Middle East remains war torn, India lacks adequate water resources, and the Sahel bordering the Sahara grows more arid and has an exploding population. Latin America, always dependent on resource and agricultural exports, grows significantly slower than other regions, feeding the political instability and organized crime driving Venezuelans to Spain and Guatemalans to America.

Casting an undisciplined eye at failing economies, many analysts are advocating international aid for development, to promote democracy, and to weed out corruption. Unfortunately, globalization and modern technology make those impractical. Unlike a century ago, those societies must build export industries to buy tractors, industrial machinery, computers, and technology. Gone are the days when reliance on plows, draught animals, and artisan workbenches could create prosperity.

Yet trade tensions among America, Europe, and China demonstrate that there are hardly enough manufacturing jobs available to go around. The ascent of President Trump in America and nationalist movements in Europe owe much of that electoral success to the shortage of viable factories and competition from immigrants for employment.

Building universities and technical programs to train enough workers across the broad range of skills necessary to compete with the likes of finance and technology experts is even more daunting in many parts of the Middle East, Latin America, Africa, and Asia than it is in the poorer counties of Mississippi or West Virginia. For the same reason that rural Americans must migrate to more prosperous cities, many people in developing nations must move to metropoles to escape poverty.

To avert pressures for migration north, climate change will compel huge investments to save coastal cities and arable land that the governments of developing nations can ill afford, and aid from richer nations will hardly be sufficient. Global temperatures will make cities closer to the equator like Abu Dhabi and New Delhi potentially uninhabitable without modern air conditioning that is all pervasive and terribly expensive.

BY PETER MORICI for THE HILL
Read Full Article HERE