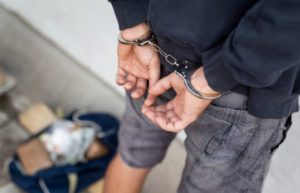 While the government tries to paint the image of an organized criminal ring of drug cartel and human smugglers, the facts are that 60 % of immigrant smuggling convictions involve the American neighbor next door. A recent fatal accident in Eagle Pass, Texas, involving several model US teens trying to make a few thousand dollars is a prime example. Why smuggle? To get cash. Most smugglers get involved for every possible reason, from buying baby diapers to paying for college tuition.

Let us be reminded of what is creating this increased opportunity for smuggling. First, there is the U.S. southern border closure and the third-country policies. The combination of these policies force asylum applicants to file for U.S. asylum while in Mexico only after having applied for asylum in Mexico first. These policies encourage more clandestine entries into the U.S. The progress made under the Obama administration allowing refugees to openly seek asylum at a formal entry point have dwindled. Forced to make an asylum request while waiting indefinitely in Mexico, migrants are opting for the solutions of past decades…
sneaking in.

Second, the unreported or under-reported policy reversals taking place at the Attorney General’s office are making what were previously legitimate applications for immigration relief more difficult to attain. For example, the AG’s decision to bar applicant victims of gang violence or domestic abuse from claiming asylum.
In addition, new policies denying applicants who may have DUI convictions or low level criminal convictions with modified sentences any immigration relief.

Third, the Immigration Court is becoming more politicized and its integrity more questionable. The government has found a way to forgo probationary vetting periods to hire more restrictive judges. The result: more families separated through forced deportation who want to find a way to return to the U.S. Thus, more clandestine immigration.

Interestingly, while a country like France is criticized for restricting asylum applicants’ access to health care from immediately to the standard 3-month physical presence in France, we do not even let migrants enter the country to apply for asylum. Surely, this ongoing problem of immigration can be resolved and civility brought back into the discussion for solutions to be found to the current migrant tragedy. It is up to us. Let us make Congress work.