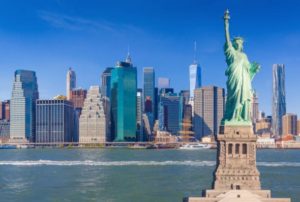 Instead of essentially taking our neighbors and friends hostage, politicians on both sides of the aisle need to work out a solution that doesn’t involve what looks good in a zippy tweet.

You measure the true worth of a nation not by how well it protects the rich and the powerful, who nearly always land on top, but how it treats those who are most prone to abuse, ridicule and lack of compassion.

By that standard, today’s America is on the verge of no longer serving as a unique leader and beacon to the world. Instead, it’s becoming a place in which those who have make sure they keep it all, and those who don’t—like troublesome congresswomen of color who dare to dissent—are told to get the hell out.

As they used to say in the Richard M. Nixon days—though not from the Oval Office itself—America, love it (my way) or leave it.

For most of the past week, much of Chicago has been absolutely petrified at the prospect of huge immigration raids threatened by the Trump administration.

News reports have focused on how people are afraid to leave their house to go to church, fearing that while they’re gone mom or dad or perhaps the kids will have been snatched up. Business is way down in Little Village, the city’s largest commercial district outside of downtown. A colleague tells me of a business that has quietly informed staffers what to do if federal agents show up at work.

Perhaps those scared families could get some advice on how to live with fear from some of the Chicago area’s tens of thousands of Dreamers. You remember them. Everyone in politics says, in theory, that these are good kids who deserve to stay in America. But apparently they’re more useful as a political bargaining chip, no matter the angst and personal cost.

Of course, those threatened raids might never happen. And of course, many of the people who are affected have broken no law except one that tried to stop them from following centuries of others who came to America in search of a better life, including my family and quite possibly yours.