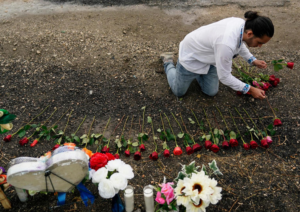 At least 53 people believed to be migrants died after being found in an overheated, abandoned tractor-trailer in San Antonio, Texas, on Monday, June 27.

They were thought to be migrants crossing the border into the US; Mexican Foreign Minister Marcelo Ebrard said in a tweet that the victims include citizens from Mexico, Guatemala, and Honduras. It is thought to be one of the most fatal cases of migrant deaths near the southern border in recent years.

In a tweet, President Joe Biden said that his “administration will continue to do everything possible to stop criminal smugglers from exploiting migrants.”

However, immigration advocates told Insider that they are frustrated that the Biden administration has not done more to end Title 42, an emergency public health order that allows the government to turn away migrants seeking asylum because of the COVID-19 pandemic. Experts believe that Title 42 has caused more cases of human smuggling across the border, resulting in injuries and fatalities like the incident in San Antonio.

“Allowing Title 42 to continue and other egregious policies for migrants is racist, hypocritic[al], and deadly,” Patrice Lawrence, executive director of UndocuBlack Network wrote in a statement to Insider. “The migrants who perished in the truck in San Antonio, Texas should have been met with compassionate policies. They were not. They should be alive today and together with their loved ones. They are not.”

In April, the Biden administration announced that it would be terminating Title 42, a public health order under the Public Health Service Act enacted by the Centers for Disease Control and Prevention that allows the federal government to turn away migrants seeking asylum in the event of a pandemic or epidemic.

However, after 24 state attorney generals sued the administration, a Federal judge in Louisiana issued a ruling blocking the CDC from ending Title 42. The extension was supposed to be lifted on May 23, 2022; however, Title 42 still remains in place.