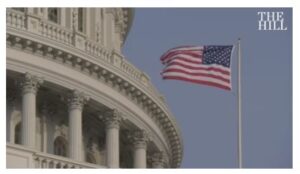 With Democrats’ immigration plans sputtering in Congress, some advocates are increasingly frustrated the Biden administration isn’t taking advantage of existing legal pathways for those seeking to come to the U.S.

They described what they say are shrinking immigration opportunities under Biden as the White House lets visas expire — and as the U.S. hit the lowest number of resettled refugees in the history of the program.

“We’ve lost hundreds of thousands of visas that were meant for people to come here through the employment-based system or to join family members that, because of federal bureaucracy, were not processed in time, which is absolutely unjustifiable,” said Jorge Loweree, policy director for the American Immigration Council.

“One of the things that we consistently ignore in the immigration debate in this country is the reality that a big part of why we have 11 to 12 million undocumented people in the U.S. is because we don’t have a meaningful and functional system of legal immigration,” he added.

Democrats have spent much of the first months of Biden’s presidency attempting to move immigration reform through Congress, but their efforts have been twice batted down by the Senate parliamentarian.

A big part of those efforts is designed at providing protection to millions already in the U.S., shielding them from deportation by ensuring residency and an eventual path to naturalization.

But the close of the fiscal year means more than 200,000 visas will expire without action from Congress.

The government failed to issue some 150,000 family-based visas and as many as 80,000 employment-based visas, according to estimates provided by the State Department in mid-September.

“It doesn’t sound like big deal but what 80,000 visas means is these are people stuck in employment-based or family-based green card backlogs for decades, and they are waiting for their chance to be able to apply,” said Shev Dalal-Dheini with the American Immigration Lawyers Association, noting that the government is just getting to visa applications first initiated in the late 1990s and early 2000s.