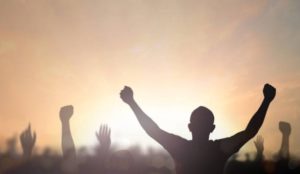 A student activist who was arrested in California 36 hours after reading a poem critical of immigration policy is being supported by the American Civil Liberties Union, which is arguing that his arrest violates the first amendment.

Jose Bello read the poem, Dear America, at a public forum held by the Kern County board of supervisors in May. Written after his detention by the US Immigration and Customs Enforcement (ICE) agency in 2018, the poem reads: “We demand our respect. We want our dignity back. / Our roots run deep in this country, now that’s a true fact … We don’t want your jobs. We don’t want your money. / We’re here to work hard, pay taxes, and study.”

“I’m here to let you know, we want to feel safe – whether we’re Brown, Asian, or Black,” wrote Bello.

The farmworker and student at Bakersfield College, who arrived in the US aged three and has a son who is an American citizen, was released in August last year after community groups helped to raise his $10,000 (£7,900) bond. He was rearrested on 15 May, less than two days after he read his poem attacking the agency, and returned to the Mesa Verde detention centre.

The ACLU has filed a petition in the San Francisco district court for a writ of habeas corpus. The petition argues that the arrest violates the first amendment because ICE agents targeted activists who publicly criticised its immigration enforcement practices. It asks that Bello be released while his case goes through the courts, or that his bail be reduced. His bond is set at $50,000, an amount the ACLU called “hugely unjust”, given Bello’s annual income of $20,000.

“The close succession of these two events,” says the filing, “strongly indicates that ICE acted in retaliation against Mr Bello for his speech expressing views against the agency’s actions. His arrest and detention violate the first amendment’s prohibition on government retaliation for protected speech and its related prohibition on viewpoint discrimination. If left unaddressed, ICE’s actions will chill immigrant speakers from sharing criticisms of the agency at the very same time that its escalating aggression and increasing use of detention are at the centre of public debate.”

By Alison Flood for THE GUARDIAN
Read Full Article HERE