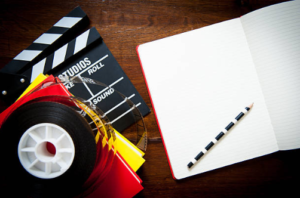 Veteran actress and playwright Conchi León has been looking forward to bringing a piece of her native Yucatán, México to the United States since March, but immigration authorities quashed her hopes a week before she was set to put on her play “La Tía Mariela” (Aunt Mariela) in Chicago.

Mexico’s Once Once Producciones had been working with León and the play’s cast to present the U.S. premiere of “La Tía Mariela” on Saturday at the National Museum of Mexican Art as part of Chicago’s third International Latino Theater Festival.

“We built a new set design for this production, so it could be more travel friendly. We’ve been rehearsing for a long time with our band and the cast, we even turned down gigs to commit to this,” León told NBC News in Spanish.

On Monday, days before “La Tía Mariela” was set to premiere in Chicago, organizers of the Latino theater festival announced the play’s cancellation because the “U.S. Department of Citizenship Immigration Services (USCIS), under the current administration, has officially denied granting touring visas for the cast and crew.”

“We are sad to announce that we have had to cancel the performance of La Tia Mariela due to circumstances beyond our control,” the National Museum of Mexican Art tweeted on Monday.

According to the Chicago Latino Theater Alliance, which organizes the festival, immigration services denied visas to León and Once Once Producciones because “they were determined to not be ‘culturally unique.'”

“I think the argument is absurd and out of place because my work of 20 years is precisely known for its cultural footprint,” León, who wrote “La Tía Mariela” last year, told NBC News.

The immigration services agency does not comment on individual cases.