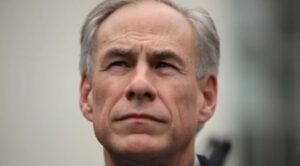 “Securing the border is a federal responsibility,” Abbott wrote in the letter. “Texas will stand with the federal government in responding to this border crisis, but should not have to stand alone or withstand the financial burden without federal assistance.”

Abbott first submitted the request for an emergency declaration in his state on Sept. 20. It was denied on Sept. 29, and Abbott announced he would appeal the decision that same day.

“Local officials and Texas citizens are fatigued and running out of resources to respond to the ongoing border crisis,” the letter sent on Thursday added.

“The citizens of Texas are resilient and will continue to respond, recover, and mitigate against this crisis, but in order to expedite this process, federal assistance is needed for these vulnerable populations,” he continued.

Abbott’s request comes after thousands of Haitian migrants sought refuge under a bridge in Del Rio, Texas, last month. The camp, located on the border of Mexico, was evacuated after an estimated 15,000 migrants gathered there.

Images of border agents chasing migrants on horseback at the camp added to national outrage about the incident which Biden referred to as “an embarrassment.”

“To see people treated like they did, horses barely running them over and people being strapped. It was outrageous. I promise those people will pay,” Biden said at the time.

By Monique Beals for THE HILL
Read Full Article HERE