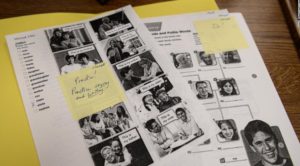 (CNN)- An immigration judge has granted asylum to a Connecticut high school student whose arrest sparked an outpouring of support from teachers and classmates.

“He is on his way home,” attorney Dalia Fuleihan wrote in an email to CNN.
After ICE arrested Aguilar in September, teachers sent him schoolwork so he wouldn’t fall behind and traveled to court hearings so he’d see a friendly face.

Students saved his seat, made “Free Mario” signs in the school’s print shop and rallied for his release.

English language teacher Cynthia Clampitt wrote instructions for Mario on sticky notes in the homework packet she sent him.

The community at Wilbur Cross High School in New Haven, Connecticut, which CNN featured in a story earlier this month, had been anxiously awaiting a ruling in the case for weeks.

By Tuesday, community leaders speaking to reporters from CNN affiliate WFSB and other local media at a City Hall news conference cautioned that the court decision was only a partial victory. Advocates said they were worried the teen could spend months longer behind bars if the government decided to appeal the judge’s decision.

ICE has 30 days to decide whether to appeal

An Immigration and Customs Enforcement spokeswoman said the agency “does not comment on issues/claims/allegations not related to a detainee’s enforcement status without a signed privacy waiver from the individual.”

ICE attorneys have 30 days after a ruling to tell a judge whether they’ll appeal. If they appeal, proceedings could continue for up to a year, Fuleihan said.