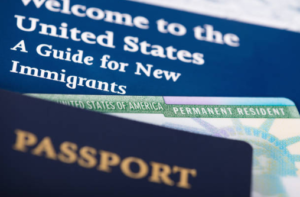 A bill that would eliminate per-country caps on employment-based green cards, effectively opening the door to more high-skilled immigrants from India and China, failed on the Senate floor Thursday after Sen. David Perdue (R-GA) blocked the bill.

The bill, which would not have increased overall legal immigration levels, had seemed like it would be a rare moment of bipartisan agreement on one of the most contentious topics of the Trump administration. In July, it passed the House in a 365-65 vote with substantial bipartisan support.

But whether the Senate would pass the bill was an ongoing question. Sen. Rand Paul (R-KY), had previously blocked the bill and Perdue blocked it again on Thursday, saying that he still had concerns about how it would affect specific industries without elaborating further.

Sen. Mike Lee (R-UT), said on the Senate floor Thursday that he would try to assuage those concerns and seek another vote on the bill next week. But there’s no telling whether another senator will block that vote as well.

The failure of the bill, which tackles just a small slice of the legal immigration system and would likely have passed the Republican Senate if it were put to a vote, shows just how hard it has become for Congress to tackle immigration issues. Even in the GOP, consensus on reform to legal immigration appears out of reach.

The bill would have made the green card system more equitable
The US issued a total of 1,127,167 green cards in fiscal year 2017, the most recent year for which data is available. About half of those green cards were issued to new arrivals to the US, who are mostly family members of US citizens or permanent residents and foreigners with US job offers.