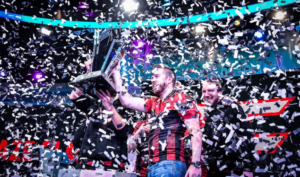 “What makes me nervous is the fact that it just sailed through the House.”

Genie Doi is an immigration lawyer with Electronic Sports and Gaming Law, an esports-specific law firm in Los Angeles, California. She’s talking about S.386, or the Fairness for High-Skilled Immigrants Act, which passed the House in July by a margin of 300 votes. Representatives even waived some of the voting rules with a process reserved to pass non-controversial bills.

“It’s making me nervous, the fact that it went through the House with such little opposition, and just knowing that many of our senators and politicians really don’t understand the practical implications of what this law means,” Doi said.

The Fairness for High-Skilled Immigrants Act redesigns the employment-based visa system in the US. As it stands, every country in the world receives the same number of US visas per year, regardless of population size or demand. This means, historically, there’s been a long waiting line for folks from India and China in particular — large nations that tend to funnel technology workers into the US — but practically no line for people from other countries.

Here’s a rough outline of the situation, courtesy of Doi: “Say every country in the world can only get 10 green cards per year. Right now there are, let’s say, a million Indian people waiting for a visa. Half a million Chinese people waiting for a visa. Whereas in Korea and Japan, it might only be two or three people.” Under S.386, the wait time of 20-plus years for Indian immigrants and 15 years for Chinese nationals would plummet, likely pushing their backlogs to under a decade. Meanwhile, the holding period for people in all other countries would increase by several years.

It sounds like an equitable solution, and the House of Representatives agreed. However, in action, the bill would have a specific and potentially catastrophic impact on the US esports market, according to Doi.