Home Resources A Northeastern University student from Iran was removed from the US despite an emergency stay. CBP says it was not aware of the judge’s order 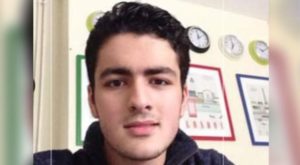 (CNN) – An Iranian student planning to attend Northeastern University was flown out of the United States despite an emergency stay, and Customs and Border Protection said it was not aware a court had temporarily blocked the student’s removal.

Mohammad Shahab Dehghani Hossein, 24, was refused entry to the United States on his student visa when he arrived at the Boston Logan International Airport on Sunday. While he was detained, a Massachusetts district court judge granted him an emergency stay but he was deported Monday night, said his attorney, Kerry Doyle.
Customs and Border Protection was “unaware of the issuance of any court order barring the removal of the subject from the United States” when Dehghani boarded the flight and the aircraft’s doors had closed, the agency said in a statement.

Judge Allison D. Burroughs ordered Monday that Dehghani’s removal be stayed for 48 hours or until further order of the court, according to the court docket. A federal detention hearing for Dehghani was scheduled for Tuesday morning.

Tuesday, Judge Richard Stearns said the case is now “moot” because Dehghani was “never admitted into the United States, is no longer in custody, and the court does not have jurisdiction to order his return,” CBP said in a statement.

Northeastern University said it has not received a “satisfactory explanation” from Customs and Border Protection for the student’s deportation.

“We believe that a clear explanation is needed, especially because the deportation took place after a 48-hour extension was granted by a federal judge. Only in the most extreme instances should students have their academic pursuits interrupted by government intervention,” the university said in a statement.

Immigration and Customs Enforcement said it is not involved in the case.

The student’s visa was revoked, his attorney says

According to an emergency petition filed by Doyle, the State Department issued Dehghani a student visa last week. But when Dehghani tried entering the United States on January 19, he was taken into secondary inspection and refused entry.

US Customs and Border Protection revoked Dehghani’s student visa and issued him an expedited removal order, the court filing says.

“It is unclear why Defendants would now decide, after conducting a full visa issuance process, that Plaintiff’s student visa should be revoked,” the court document say.

The defendants in the filing include CBP and the Department of Homeland Security.