Home Resources A New Twist: Expand Immigration Instead Of Restricting It 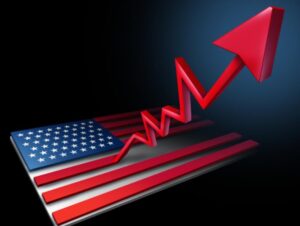 In a curious twist, Matthew Yglesias, a Vox co-founder, offers a different idea: Increase immigration — by a lot. His new book, One Billion Americans, argues for radically increasing the country’s population through immigration and a higher birthrate. This idea runs against the grain of almost everything that has been happening in the field of immigration for the last four years since Donald Trump became president. But restricting immigration appears not to be as popular today, as it was four years ago.

The polls show the trends.

Polling done in the U.S. presidential election battleground states by the Global Strategy Group(GSG) GSG -0.6%, clearly indicates that voters now see Trump’s anti-immigrant strategy as a reason not to vote for him. The separation of families, termination of DACA and questionable government spending on the border wall are seen by many respondents as among the weak points of Trump’s immigration policy. In fact, according to Immigration Hub, citing polls by Pew Research and Gallop in particular, there are now numerous national polls that demonstrate Americans are much more in favor of immigrants today, than they were when Trump was first elected.

As President Trump’s strategy on restricting immigration loses ground, Democratic presidential candidate Vice President Joe Biden’s strategy of supporting immigration is picking up steam. His immigration roadmap targets the Latino community in particular, promising them prosperity and justice, opportunity and recognition. In addition, the roadmap promises a path to citizenship for about 11 million undocumented immigrants, among which Latinos are the largest group.

This year, according to Immigration Hub, Latinos will be the most important voters, especially in many so-called key battleground states. One of those states, and perhaps the most important of them, is Florida. Among those eligible to vote in that state, there are 1.5 million Latinos, which is about 14 percent of over 11 million eligible voters in Florida.