Home Economics A New Look at the History of U.S. Immigration: A Conversation With Ran Abramitzky 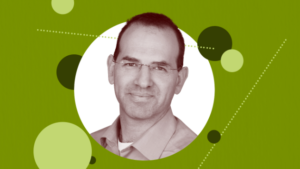 In their book, Streets of Gold, economic historians Ran Abramitzky and Leah Boustan examine the myths and truths surrounding immigration in the United States. They are like curious grandchildren, they write, hoping to trace the journey of their ancestors, piece together their stories, and find out what their lives were really like. Unlike most curious grandchildren though, Abramitzky and Boustan’s research consists of millions of families, not just their own.

I recently spoke with Abramitzky about how he and Boustan traced immigrant lives over the past century and a half and what they learned as they followed families over multiple generations. We then turned to questions around what it means for an immigrant to assimilate in America and why it makes sense to view immigration through the lens of generations in the U.S. rather than years in the U.S. Finally, we discuss what their analysis of 800,000 political speeches, dating from 1870 to the present, revealed about how attitudes toward immigrants changed (or didn’t) over time. (Hint: the tenor of speeches was negative for much of U.S. history, then flipped in the generation after WWII and has remained generally positive since.)

Our conversation has been edited for length and clarity.