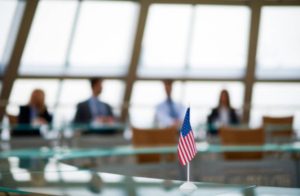 What happens when the political immigration showdown reaches the door steps of the institution wielding the content to interpret the Supreme Law of the land? The answer is, no one knows. The Supreme Court, whose esteemed Justices sway to the conservative right by a ratio of 5 to 4, continues to render decisions to the surprise of the nation.

A Supreme Court’s April decision struck down a federal provision defining a Crime of Violence as unconstitutionally vague. In doing so, the Court is de facto allowing certain criminally convicted immigrants an opportunity to redeem themselves after serving their time, by avoiding deportation. They are being given a second chance to reintegrate into their families and communities much as any U.S. citizen would after serving time for a criminal conviction. The surprise swing vote came from the conservative Trump appointee, Justice Neil Gorsuch.

This latest decision should not be considered an indication of the direction the Supreme Court will take in its future immigration decisions. In fact, the Court has already heard arguments on the Trump’s controversial travel bans and is poised to make a decision by June. All three of Trump’s travel bans were deemed unconstitutional by Circuit Courts across the nation. Now the Justices must decide for themselves if the Trump Administration’s “national security” concerns justify unlawful discrimination. That may well indeed depend on the political position of each Justice and less on the law. The personal “fears” of the majority white, male, native-born U.S. Justices may have a direct influence on whether they perceive a national security risk by letting persons of Muslim decent enter the U.S. to study, work or simply vacation.

What about the 700,000 DACA recipients living in limbo in the U.S? Well, the Supreme Court has refused to hear their case thus far. So the Dreamers remain in limbo and keep dreaming. One Texas judge may make a decision conflicting with that of other Courts in the country. Those other Courts’ decisions are currently blocking the Trump Administration from dismantling the DACA program; the Supreme Court may be forced to take up the issue.

In addition, the Supreme Court has a few other immigration issues on its plate. It must decide what is the appropriate content for a Notice to Appear, the document that officially places individuals in deportation or removal proceedings. This case can be a game changer for thousands of immigrants put into immigration proceedings by being served with legal documents that are insufficient at best and certainly inconsistent across the nation. They could suddenly find that the proceedings brought against them were not properly brought by the government, thus opening whole new applications for relief to them.

Another hot button issue for the Court to address will be its ability to prevent pregnant undocumented minors in government custody from having abortions. It is quite perplexing how some would interpret the law to protect an unborn embryo, to later deport the mother and child into unknown perilous situations that brought the undocumented mother to the U.S. in the first place.

Are you confused yet? You are not alone. Whereas President Trump has a hand on immigration policy, Congresses failure to enact immigration reform has reinforced the Court’s control of immigration laws and implementation. Therefore, we vigilantly watch as the wheels of justice continue to churn, slowly.