Home Politics A ‘Nation of Laws’? With Immigration, Only When It’s Convenient For Democrats 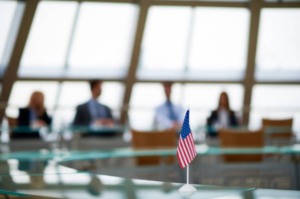 Our Constitution was supposed to make America a nation of laws, not of men.

The Democrats are still restricting deportations, but they are doing it now by preventing Trump from receiving the funds he needs for effective enforcement measures. Moreover, they make enforcement costly for him politically by demonizing him whenever he initiates a significant enforcement measure.

They didn’t have to resort to such tactics. They could have just replaced the INA with their own immigration bill during the early years of the Obama administration.

From January 2009 to January 2011, they had a majority in the House, and until Scott Brown’s special election in 2010, they had enough votes in the Senate to stop a filibuster. They were able to pass the Patient Protection and Affordable Care Act (ObamaCare) without a single Republican vote in the House or the Senate.

In fact, one of Obama’s campaign promises was that there would be an immigration bill during his first year in office.

The Democrats demonize Trump by attacking his character and his intentions instead of addressing the merits of his enforcement measures, which students of logic call the “Ad Hominem Fallacy.”

This tactic is illustrated by the way Democrats reacted to the announcement that ICE was going to locate and remove 2,040 alien family members who were subject to final deportation orders.

ICE’s Acting Director Mark Morgan, explained that the administration’s objective was to restore the rule of law and the integrity of the system. One of the greatest pull factors drawing undocumented families here is that they can expect to be safe from deportation once they have crossed the border and are in the United States. We have to change that.