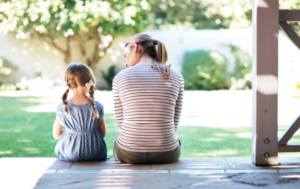 Michelle Nicoll Gutierrez has traveled frequently from her home in Mexico to visit her aging mother and stepfather in Maryland, never overstaying her tourist visa and always returning home to her husband and their travel agency and rental-property business.

But U.S. Customs and Border Protection agents denied her entry earlier this month at George Bush Intercontinental Airport, revoking her visa and barring her from the United States for five years.

In a statement, agents said they determined Nicoll Gutierrez, who was traveling with her U.S.-born toddler, was an “intending immigrant” — a term used to describe visitors likely to overstay their visas and try to remain in the United States illegally. They also cited her use of legally available government health benefits in 2016, when she visited Maryland while pregnant and experienced complications, as one reason for her exclusion.

“I’m not the kind of person to steal or take advantage,” Nicoll Gutierrez, 42, said in a phone interview from Michoacán, Mexico. “I’ve always been law-abiding, and it was never my intent to stay. I don’t want to be labeled a violator.”

It is not uncommon for foreign visitors to be turned away by border officials if those officers believe they plan to stay. But tougher enforcement and proposals for broader and more restrictive measures for legal immigration are heightening the barriers for noncitizens, immigration lawyers say, particularly those from specific countries and including those who have followed all the rules.

Separate from the “intending immigrant” issue, Nicoll Gutierrez’s case appears to reflect a Trump administration proposal to disqualify people seeking legal residency or a temporary visa if they or any member of their household, including U.S.-born children, have received Medicaid or other noncash public benefits.

Nicoll Gutierrez, whose story was first reported in The Houston Chronicle last week, “was found to have used government assistance during a previous stay to pay for the expenses associated with having a child in the U.S.,” Customs and Border Patrol said in a statement. “She was found to be an intended immigrant and returned to Mexico on the next available flight.”