Home Federal Enforcement A Judge Blocked Biden’s Big Pause On Deportations, But ICE Says It Will Continue To Focus Only On Certain Immigrants 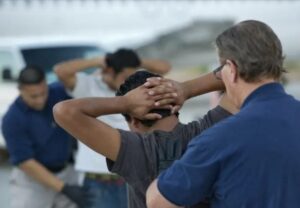 Despite the legal setback, ICE officers were told to remain focused on immigrants who pose national security or other public safety threats, along with people who arrived in the US after Nov. 1.

Immigration and Customs Enforcement employees were told Thursday that despite a federal judge blocking President Joe Biden’s pause on deportations, they should still focus on removing people that fit the new administration’s priorities, such as those deemed public safety threats, according to an email obtained by BuzzFeed News.

Federal Judge Drew Tipton on Tuesday indefinitely blocked the Biden administration from continuing with a 100-day moratorium on most deportations. Tipton, a Trump appointee, said the memo violated administrative law and that the state of Texas, which had filed a lawsuit challenging the White House, adequately showed it would face harm from higher numbers of detainees and public education costs.

The court order was a blow to Biden’s goal of pausing deportations while reviewing Department of Homeland Security policies and potential reforms. However, in issuing his order, Tipton did not require DHS to deport certain individuals or roll back a change in priorities for whom to arrest and detain.

Biden’s moratorium applied to all noncitizens with final deportation orders except those who have engaged in a suspected act of terrorism, people not in the US before Nov. 1, 2020, or those who have voluntarily agreed to waive any right to remain in the country.

Matthew Allen, the acting deputy director of ICE, wrote to employees that even though the court order blocked Biden’s moratorium, it does not prevent them from making case-by-case deportation decisions, like granting a stay for those facing removal from the country.

ICE employees were told to not consider the blocked moratorium in determining whether to deport someone, but they should continue to follow earlier guidance on the “prioritization of removal resources.”