Home Federal Enforcement A Detained Immigrant Says She Needs to Breastfeed Her Daughter. ICE Responds With a Lactation Exam 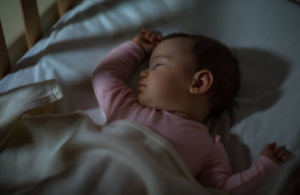 (CNN) Immigration officials doubled down Tuesday on their assertion that a mother arrested in the Mississippi raids earlier this month is not breastfeeding.

Her legal team wasn’t immediately available for comment, but Domingo-Garcia’s lawyers and her family earlier Tuesday disputed ICE’s contention she was not breastfeeding. They maintain she is still suffering from the pain of being separated from her daughter.

Domingo-Garcia was breastfeeding her daughter to put her to sleep every night, up until she was detained August 7, her attorney, Ray Ybarra Maldonado, told CNN. She also has 3- and 11-year-old sons.

Previously, authorities said Domingo-Garcia was asked during processing if she was breastfeeding and she replied that she was not. Her attorneys say she was never asked the question and that she told authorities she had a 4-month-old.

On Tuesday, Bryan Cox, a spokesman for US Immigration and Customs Enforcement, said immigration officials did not learn of Domingo-Garcia’s claim she was breastfeeding until they read it in a news report about a week after she was detained in the raids that yielded the arrests of 680 undocumented immigrants.

A nurse practitioner later examined the woman, Cox said, and determined she was not lactating.
It was not clear whether the mother could have stopped lactating while detained, as experts tell CNN the time period depends on several variables, including how long a woman has been breastfeeding, how frequently she breastfeeds, how often she uses formula, along with stress, lack of sleep, medications she’s taking and other health factors. The weaning process typically takes weeks, and in extreme cases, up to six months, experts say.