Home Resources, Uncategorized A Dallas-Born Citizen Picked up by the Border Patrol Has Been Detained for Three Weeks 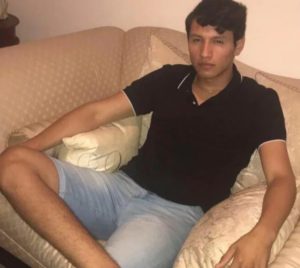 An 18-year-old Dallas-born U.S. citizen has been in the custody of U.S. Customs and Border Protection and Immigration and Customs Enforcement for more than three weeks, his attorney says.

Now his family fears he may be deported.

Francisco Erwin Galicia was detained at a CBP checkpoint in Falfurrias on June 27, said Claudia Galan, his attorney.

Galicia was traveling with his 17-year-old brother Marlon Galicia and a group of friends from Edinburg where they live to Ranger College in North Texas for a soccer scouting event when they came upon a CBP checkpoint, said Sanjuana Galicia, his mother.

It was about 8 p.m. Marlon, who was born in Mexico and lacked legal status, had only been through a border checkpoint on school trips and had never been pressed to provide travel documents.

But this time was different, Marlon said. He had only a school ID. His brother was carrying only his Texas ID, which can only be obtained with a Social Security number.

“We were confident that we’d be able to pass. We were going to do something good for our futures,” he said. “I didn’t imagine this could happen and now I’m so sad that I’m not with my family,” Marlon said by phone from Reynosa, Mexico, where he is staying with his grandmother.

“I signed because I wanted to talk with my mom. Now, we just have to wait and see and hope that they release my brother,” Marlon said.

Francisco Galicia told his mother, who lives in Edinburg, that he was detained because he didn’t have his U.S. passport. But she said he did present CBP with his Texas ID.

Galicia wasn’t allowed to use the phone for the three weeks he was in CBP custody, Sanjuana said. But he has been able to make collect calls to his mother since since Saturday, when Galicia was transferred to ICE’s custody.