Home Resources ’90 Day’ : Immigration Lawyer Wonders If Jenny Is a ‘Spinster’ Given Her 30-Year Age Difference with Sumit 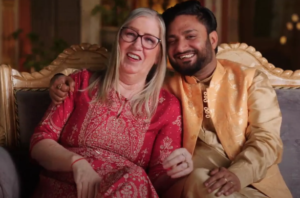 Star Jenny Slatten’s return to America may not be as easy as had hoped — and not just because husband Sumit Singh still isn’t sold on leaving his home country of India.

PEOPLE can exclusively share a sneak peek at Sunday night’s episode, when Jenny has her first call with an immigration attorney and learns that her 30-year age difference with Sumit will present a challenge in convincing the federal government their love is real.

Jenny, 64, admits a confessional interview that she hasn’t told Sumit, 33, about the immigration meeting. “I feel bad for going behind his back, but I don’t want to scare him by telling him I’m starting this process,” she says. “Sumit doesn’t even want to consider moving to America, so if he knows that I’m talking to an immigration lawyer, it might upset him.”

The attorney tells Jenny it will take at least two years for any formal decision on Sumit’s potential visa.

He then tries to establish her marital status for his paperwork, asking, “Are you a spinster in the U.S.?”

Jenny questions what that word means, and the attorney tells her it’s “a single woman who never married.” She laughs off the remark after confirming she divorced her last husband 20 years ago.

Reality begins to set in when Jenny reveals the age difference in her marriage. “The major question by the immigration department will be why a lady 64 years old is married to a guy who is only 33, 34 years old,” he says.

Jenny isn’t shocked by the question. Still, she hopes the longevity of their relationship is enough to prove they’re not in a green card marriage.

“I understand that there is a big age gap between us,” she tells cameras of her relationship with Sumit. “But we’ve been together 10 years. First we had to go through proving our love to Sumit’s parents and now we have to continue doing it for immigration. I mean, we’ve stayed together this long — there’s a reason for it. Obviously we love each other.”