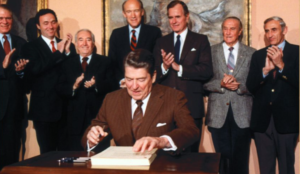 With just days left in the current session of Congress, new national polling shows 73% of Americans — including 70% of self-identified conservatives — want Congress to act this year to pass immigration reform.

“Time is tight, but Americans are not deterred. They want border and immigration reforms now, from this Congress,” said Jennie Murray, president of the National Immigration Forum. “Congress has bipartisan border, farm workforce and Dreamer solutions ready. Republicans and Democrats should seize this opportunity to serve our nation’s interests by passing focused legislation.”

A Nov. 21 article in Politico explained the slim odds of this actually happening, though: “Even those on the GOP side who once supported a fix for the deportation-protection program, known as Deferred Action for Childhood Arrivals, are now against it.”

Politico quoted Sen. Marco Rubio (R-Fla.) saying Democrats are “crazy” to push for a deal now: “I think they’re just trying to do it, probably, to please some activist groups.”

And Sen. Lindsey Graham (R-S.C.) was more blunt: “There’s no way you’re going to get anybody on our side to do an immigration bill with a broken border.”

“Broken border” is Republican language for the influx of migrants at the southern border with Mexico — a key campaign rallying cry for the Republican base.

Despite polls consistently showing that even Republican voters want immigration reform now, Republicans elected officials have steadfastly blocked or avoided such advances — purportedly to appeal to the hard-core base of Donald Trump supporters who want no immigration.

Politico explains the history and current moment: “As the GOP prepares to take the House, top Senate Democrats are desperately proclaiming that the post-election session is the best — and perhaps only — chance for Congress to act in the near term on deportation protections for the immigrants known as ‘Dreamers.’ And with good reason: After the Senate passed a comprehensive bill in 2013, the Republican-controlled House never took it up.”