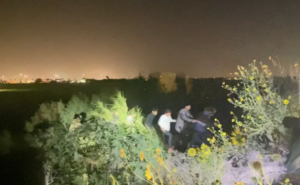 While Secretary of Homeland Security Alejandro Mayorkas continues to say that the “border is secure” against all observable evidence, five illegal immigration records have already been broken in 2022.

The records, tracked by former Texas Republican Rep. Lamar Smith, a member of the Border Security Coalition, suggest Secretary Mayorkas is either not telling Americans the truth or has no idea what’s happening at the border. Here are five horrible records that have already been shattered this year:

First, a grim milestone: The number of known migrant deaths at the border reached 609 so far this year compared to 566 in all of 2021. This death toll does not include the numerous bodies discovered in rugged, desert areas further north of the border in California, Arizona, New Mexico, and Texas.

Second, from October 2021 to June 2022, the Border Patrol has logged some 2 million migrant encounters at the southern border—an all-time record.

Third, in June alone, the Border Patrol apprehended 207,000 migrants, the most ever for that month.

Fourth, the number of removals—formerly known as deportations—plummeted to a record low—from 267,258 in fiscal year 2019 to 59,011 in 2021. And sources within Immigration and Customs Enforcement (ICE) expect even lower numbers this year. Deportations often exceeded 400,000 during the Obama years and 300,000 under Trump.

Fifth, the number of visa application lawsuits filed by illegal immigrants has tripled to 6,200 this year compared to 2020. Would-be immigrants are now filing these lawsuits because, after President Joe Biden’s unprecedented purge of immigration judges, they now think they can win their cases and stay in the U.S., regardless of the strength of their legal cases.

And then there’s this, which is not technically a record but something to definitely pay attention to. Likely related to the soaring number of visa lawsuits, the Vera Institute of Justice, an open-borders non-profit, just won a $171 million contract from the Biden administration, a record.