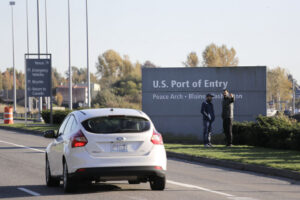 After the U.S. killed a top Iranian general in 2020, it stopped and held 277 people — dozens of them American citizens or legal permanent residents — at the border during “heightened security measures.”

Hours after a U.S. military drone killed Maj. Gen. Qassem Soleimani, one of the most powerful men in Iran, the head of field operations for the border in Washington state gathered her senior staff on an emergency conference call.

It was the first Friday in 2020 — still a holiday for many — and director Adele Fasano spoke from home about the email she’d just received from U.S. Customs and Border Protection headquarters advising “heightened vigilance” following the airstrike.

The message to rank-and-file agents was clear: Target travelers with ties to Iran, Lebanon and Palestine.

During the next 48 hours, 277 people — dozens of them American citizens or legal permanent residents — would be stopped and held for secondary screenings as they tried to cross into the U.S. from Canada. Many said they were held for more than six hours. Some were denied access to medicine or questioned about their relatives. Most had no idea why they were stopped, though they had their suspicions.

One Iranian American, held for six hours overnight at the Pacific Highway crossing, likened the scene to “a modern-day version of Japanese internment camps.”

More than a year after the incident — now the subject of widespread scorn from advocates for the immigrant community — a CBP internal affairs report obtained by POLITICO offers the first detailed account of the chaos that ensued after the Seattle Field Office sent that memo to staff.