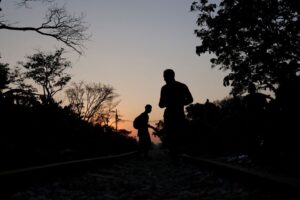 Canada is prepared to take in some Central American migrants to help the United States, which is grappling with an influx of migrants at its southern border with Mexico, Canadian Immigration Minister Marco Mendicino said.

In their first phone call since President Joe Biden’s administration was sworn in, Mendicino and U.S. Secretary of Homeland Security Alejandro Mayorkas last week discussed issues including Central American migration – an area where the Biden administration is struggling to gain control.

“I certainly think that we have the capacity within our existing levels plan to accommodate more refugees,” he said.

The U.S. Department of Homeland Security did not immediately respond to a request for comment.

Canada’s offer to help comes as the number of migrants taken into custody at the U.S.-Mexico border has soared in recent months to the highest levels in two decades.

Vice President Kamala Harris, tasked with addressing Central American migration, was in Mexico and Guatemala this week to pursue solutions to the situation.

Mendicino said he and Mayorkas discussed “the road map to a renewed Canada-U.S. relationship,” managing their shared border and achieving migration goals.

Canada has styled itself as a leader in refugee resettlement, even as it turns back asylum-seekers at its own border. Last year it took in about 40% of the total number of resettled refugees globally, or about 9,000.