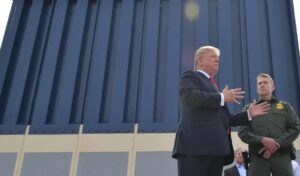 After the election, the Supreme Court will hear three major cases about immigration policies that seek to keep immigrants arriving on the southern border out and erode the political influence of unauthorized immigrants living in the US.

If President Donald Trump loses the election next month, Joe Biden as president is likely to at least attempt to reverse the policies in question, making the cases moot. But if Trump wins, the cases would be decided next year, potentially enabling his attempts to further his restrictionist immigration agenda in a second term.

The justices announced Monday that they would hear two new cases as well, one of which concerns Trump’s attempt to divert billions in Pentagon funds for the construction of a wall on the southern border — a rallying cry among his base in 2016. The other is a challenge to his Migration Protection Protocols (MPP), also known as the “Remain in Mexico” policy, under which thousands of asylum seekers have been forced to wait in Mexico, often for months on end, for a chance to obtain protection in the US.

Biden has vowed to end the Remain in Mexico policy and revoke Trump’s census memorandum, if that’s possible. He has also criticized the border wall as a colossal waste of taxpayer money since most contraband is smuggled through ports of entry and the vast majority of unauthorized immigrants living in the US arrived legally but overstayed their visas.

And even if Trump prevails, it’s not clear that the Supreme Court would rule in his favor, even with the president’s nominee Amy Coney Barrett on the bench.