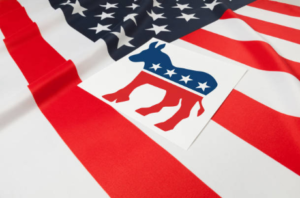 LEADERS OF ONE OF THE Democrats’ most critical voting groups – Latinos – heard Tuesday from presidential hopefuls who promised to overhaul immigration, fight racism and improve education and opportunities for all Americans.

All 10 of the Democratic contenders who qualified for Thursday night’s debate in Houston were invited to make their respective pitches to the Congressional Hispanic Caucus Institute Conference. Three showed up: Sen. Amy Klobuchar of Minnesota, Sen. Cory Booker of New Jersey and South Bend, Indiana, Mayor Pete Buttigieg. Former Housing and Urban Development Secretary Julian Castro, the single Latino in the race, had planned to attend but was waylaid by travel difficulties, the moderator, Univision’s Jose Diaz-Balart, told a disappointed crowd.

But while the showing was small, the reaction was enthusiastic, as the lawmakers wooed representative of a community CHCI President Marco Davis said would next year comprise the biggest single minority voter group, 13% of the electorate.

An animated Booker won cheers when he talked about criminal justice reform, saying that too many people were being put behind bars, often for drug offenses that would be better handled through rehab.

“We are treating human life, human dignity, as if it’s worthless,” Booker said of the number of people incarcerated. “You literally have children now sitting in jail for doing things two of the last three presidents admitted to doing,” Booker added, referring to drug use.

Booker also said he would create a special White House office on white supremacy. Since he himself lives in a black and brown, low-income neighborhood in New Jersey, “This is not a policy issue for me. This is personal,” he said.

Buttigieg got a positive reaction when he talked about creating a new kind of visa for people in the country illegally who work in rural areas, where workers and people of any kind are needed to keep communities thriving.

By Susan Milligan for US NEWS
Read Full Article HERE