Home Resources 2 Members of Georgia Immigration Board Resign Amid Dispute 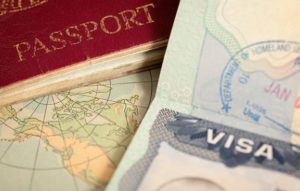 DECATUR, Ga. — The chairman and another member of Georgia’s Immigration Enforcement Review Board have resigned after an Atlanta suburb raised questions about whether terms have expired for some of its members.

The resignations come amid an ongoing legal battle involving the city of Decatur and its policy of limiting cooperation with federal immigration authorities, The Atlanta Journal-Constitution reported.

Chairman Shawn Hanley and member Phil Kent sent messages to Gov. Nathan Deal’s office Monday announcing their resignations.
In July, Decatur city attorney Bryan Downs said five of the board’s seven members have served since 2011, despite a Georgia law that limits members to two terms of two years each. Hanley and Kent were both appointed to the board in 2011. The law, however, also states board members serve “until their successors are duly appointed and qualified.”

Hanley and Kent both cited the term limit dispute in their decisions to leave.

“It was time to go,” Hanley told the Atlanta newspaper. “A lot of this is in the courts right now and the last thing I want to do is be responsible for taxpayer funds defending an ability to stay on the board when the fact is that it is probably a 50-50 chance whether I would be or wouldn’t be.”

Kent said he “didn’t want the term limit thing to be dragging on and be a distraction.”

The board preliminarily ruled against Decatur just before the Republican primary, threatening its state funding, after the city put into writing its longstanding policy prohibiting police from holding immigrants without a valid warrant from U.S. Immigration and Customs Enforcement.

Decatur maintains that it abides by the law and is not a sanctuary city.