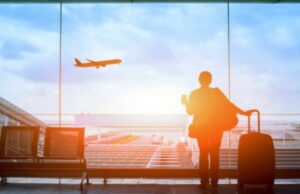 SAN FRANCISCO (KGO) — Raghad Saleh, 10, is headed to San Francisco to be reunited with her family after being stuck in the Middle East for the past five weeks.

“I’m going to hug her so much!” is how Maya, 8, describes the upcoming reunion with her sister. Raghad arrives at San Francisco International Airport Thursday night.

“It seems ridiculous and it seems like overkill. This 10-year-old girl needs two waivers to come to the U.S. to be with the rest of her family?” says Amir Naim, an immigration attorney with the San Francisco Bay Area chapter of the Council on American Islamic Relations, or CAIR. He is one of the attorneys in Saleh’s case.

Like many, the Saleh family are fleeing the civil war and famine raging in Yemen.

Her paternal grandfather is an American citizen, who has been living in the U.S. for the past few decades. Her grandfather sponsored her father, who moved to the United States in 2016 to get a job and an apartment, before his wife and four children arrive, including Raghad.

In February, the family went to Cairo to get their immigration visa, since the U.S. embassy in Yemen is closed due to the unrest.

Once in Cairo, the family’s visas were approved, except for Raghad’s. Naim says her visa was delayed, without much explanation.

The family asked for an extension, in the chance that Raghad’s visa would be approved and so they could all travel together. However, that request was denied. With the threat of losing their immigration on July 1, and being deported from Egypt, Raghad’s mother made the difficult decision to leave Raghad behind and head to the United States with her three other children.

Since then, Raghad has been stuck in Egypt for the past five weeks, staying with another Yemeni family, whom the family barely knows.