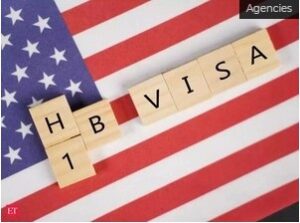 Increases in visas for highly skilled foreign workers could fall by the wayside this year if Democrats decide to overhaul immigration through a series of small bills instead of the sweeping one put forward by President Joe Biden.

Biden’s immigration plan calls for dramatically boosting the number of green cards and expanding other avenues for high-skilled workers, a move welcomed by business interests, which have long sought reform of the H-1B visa and other programs.

Tech leaders like Facebook’s Mark Zuckerberg and Google’s Sundar Pichai want Congress to expand and update the H-1B visa system since demand for skilled workers in computer and information technology far outstrips the annual cap of 65,000. But that reform, once backed by lawmakers in both parties, now faces bipartisan skepticism, according to lawmakers.

And without a strong advocate on Capitol Hill, any such measures could falter if asked to stand alone instead of as part of a large immigration package.

Reform May Be Easier After Pandemic Is Over
Republican Senator Marco Rubio said passing skilled worker visa reform during the pandemic-sparked economic crisis would be “pretty difficult.” And Democratic Senator Robert Menendez, who introduced Biden’s bill, said any additional foreign worker visas would only get support as part of a broader bill that includes a pathway to citizenship for undocumented immigrants.

“I’m happy to consider other things but the key is, how do I get the 11 million or parts thereof on a pathway?” Menendez said. “So it can’t just be high-tech visas and it can’t just be farm workers for growers.”